Annual Cost-of Living Adjustments (COLAs) are provided by law to protect retirees’ monthly retirement benefits against inflation. California Government Code mandates that each year, prior to April 1, the Board of Retirement will determine whether there has been an increase or decrease in the Cost-of-Living as reflected in the Bureau of Labor Statistics’ Consumer Price Index (CPI). When the BOR is notified of an increase in the Cost-of-Living it grants a COLA that increases monthly benefits.

The COLA Accumulation comes into play when inflation (or deflation) is more (or less) than the annual maximum allowable 3% Cost-of-Living Adjustment.

If the CPI is greater than the annual maximum allowable 3% your COLA Accumulation will increase. This will allow you to receive a COLA even in years with a zero or a negative CPI.

If the Cost-of-Living Remains Unchanged…
No COLA adjustment will be granted if there is no change in the CPI from the prior year. This occurred in 2009 when the Bureau of Labor Statistics announced that the 2008 CPI percentage increase over the prior year was 0.02%. In accordance with the law, when rounded the percentage equaled zero. Based on this rounding StanCERA’s Board of Retirement announced a zero COLA would apply in 2009.

Let’s Explore How This Affected StanCERA Retirees and Survivors…
Retirees and survivors with a COLA Accumulation carryover equal to or greater than 3.0% received a full 3.0% increase in benefits in 2009. To fund these increases StanCERA decreased these retirees’ COLA Accumulations by an amount of 3.0% as in Example 1.

If the CPI remained unchanged in the following year of 2010 the retiree in Example 2 would not have received an increase in 2010 because their COLA Accumulation Carryover was totally depleted during the prior year.

As of 2009 a member whose retirement date was prior to 1977 had a COLA Accumulation of 50% or more. They received COLA increases even when other more recent retirees did not receive COLA increases.

Since 1956 we have only seen increasing CPIs and this resulted in continuing COLA increases. Decreases are possible as evidenced in 1949 and 1954. Note: The law dictates that Cost-of-Living decreases may not reduce a retiree’s benefits or a survivor’s benefits to an amount less than their original benefit amount (Pension, Annuity and Survivor Death Benefit). Only COLA payments can be subject to a decrease. Your pay stub lists your COLA or Disability COLA pay for easy identification.

To date this has not occurred; however, Example 3 is a hypothetical example using a COLA decrease of 2% when the COLA Accumulation Carryover is less than 2%. 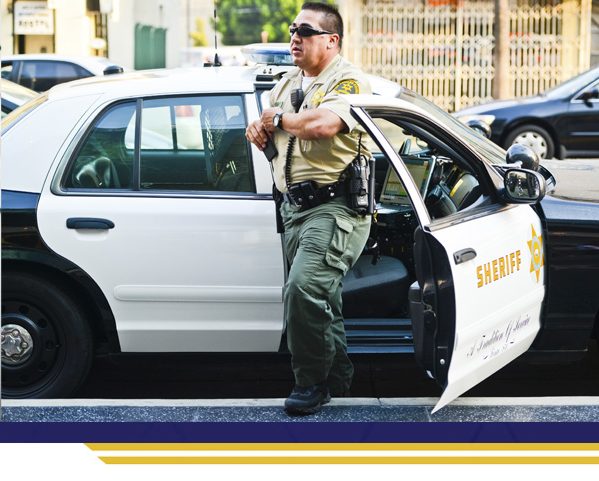 Note:   Tier 3 Retirees do not qualify for COLA pay and will not be affected by either increases or decreases in the CPI.

Disclaimer: While reading this material, remember that StanCERA is governed by the County Employees Retirement Law of 1937 (1937 Act).  The statements in this website are general in nature; however, the 1937 Act is complex and subject to change. If there is a conflict between the law and this website any decisions will be based on the law and not this website.

Government Code Section 31870.1, which was first adopted by the County Board of Supervisors in 1969, sets forth the rules for granting a Cost-of-Living Adjustment (COLA) to retirees of StanCERA. The COLA is determined annually based on increases or decreases in December’s Consumer Price Index for All Urban Consumers in the San Francisco-Oakland-San Jose area (CPI-U), using a base period of 1982-1984. The ratio is calculated and rounded to the nearest one-half percent. 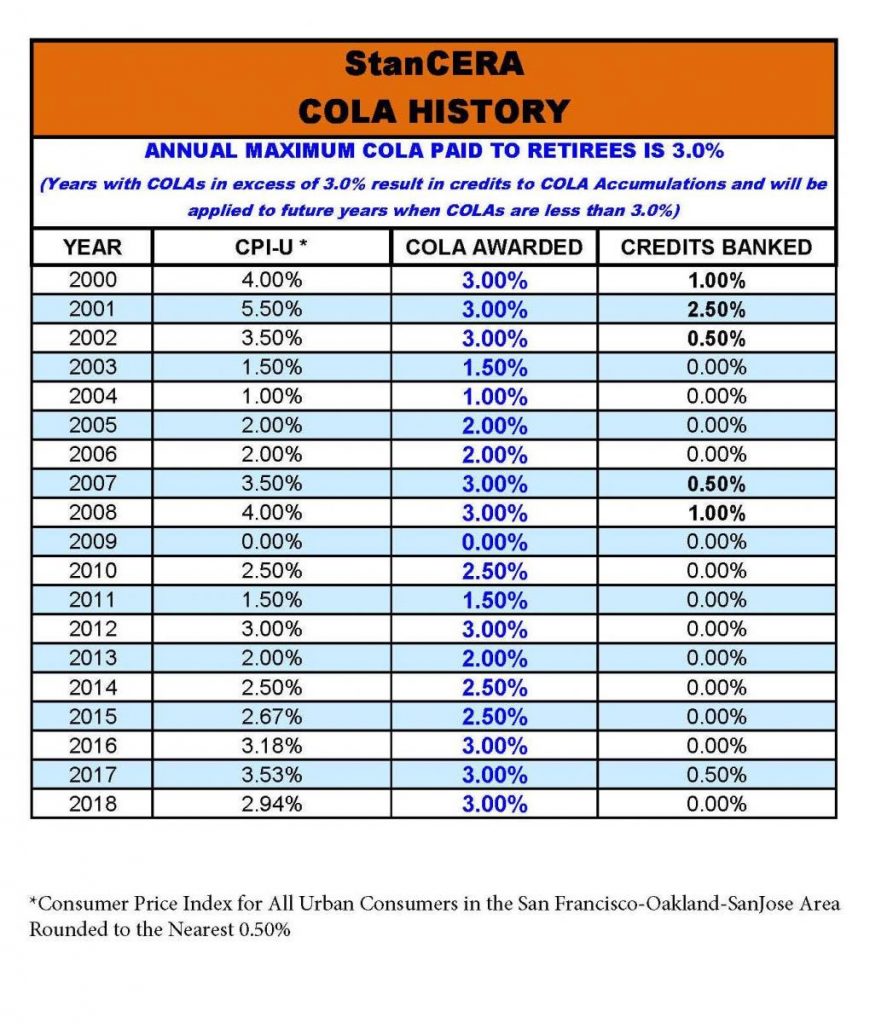